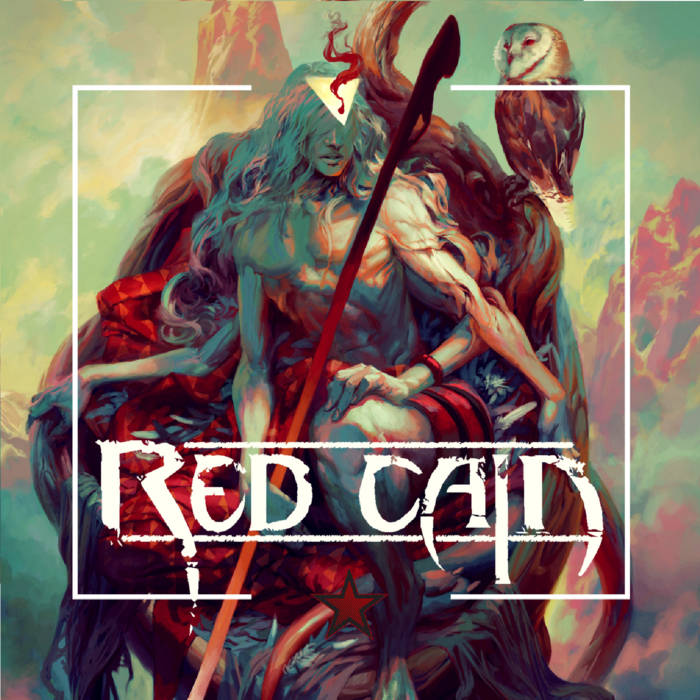 John Roach With the plethora of major metal releases this year, it is easy to miss potential diamonds in the rough.

Red Cain is a diamond. A unique sound coming from the Great White North that wears it's European influences proudly, while still maintaining their own flavour of metal.

Their sound is grandiose and ambitious. For the price of a Starbucks latte, you can have four epic tracks that challenge current Canadian metal trends.

Melodic death jazz great ep! can't wait to see what they have to offer next. anyone who likes communic will love this! a very unique take on power/prog with this short, but full of creativity ep that brings a sort of cold, darkness to the music. this is a must buy! can't wait till I get the physical copy in the mail! Favorite track: Hiraeth.

Red Cain is a concept album, with the tracks mirroring the four “Faces of Man”.

Guillotine is War. Dead Aeon Requiem is Ascendance. Hiraeth is Yearning, future and past. Unborn is the Primordial.

This album is a cutaway representation of Red Cain’s sound and a saga of the ongoing cycle of rise and fall of man, his Faustian war between his own serpentine Promethean urges and the ordered optimism of a virtuous transhumanist existence.

We were inspired by a variety of themes on these tracks, primarily pagan mythology, the occult, and transhumanist human ideals. There is influence from Slavic myths and hymns to the Sun-god, Akira Yamaoka’s Silent Hill, Robert Jordan’s Wheel of Time, and Lovecraftian horror, Isaac Asimov and Alastair Reynolds, and medieval conceptions of death and rebirth as well as pure, killer balls-to-the-wall metal.

We leave it to you to discover the references in the tracks or simply immerse yourself in our musical ritual.

Created and produced by Red Cain

Thank you to our families, friends, and fans for your belief and support.